Hailing from Calgary, Canada, David Raynolds is a young, award-winning, multi-faceted performer of the highest caliber. From the age of 1, he was already singing and dancing, and by the age of 3, he had mastered the art of producing his own videos. For the next 3 years, he formally trained in the art of acting, and by the age of 6, with several independent productions under his belt, he had the honor of working with Helena Bonham Carter in 'The Young and Prodigious T.S. Spivet'. Because of the lasting impact Helena had made on young David, it was evident that his passion had become the pursuit of a career in film and television.

Looking to increase David's acting opportunities, his family moved to Vancouver when he was 7. He has had the honor of training with several prestigious acting teachers and coaches in the area, and a variety of high profile companies have utilized his skills in their advertisements. In the medium of television, David's screen credits include guest spots and recurring roles in notable series such as 'Falling Skies', 'Wayward Pines', 'Travelers', and 'Legends of Tomorrow'. As a highly sought-after voice actor, his talents have been featured in renowned series such as 'Lego Ninjago', 'Biklonz', and 'Ready! Jet Go'.

David's extensive talents extend beyond acting to the areas of singing, martial arts, and comedy. Thanks to his rich cultural heritage which consists of German, Hungarian, and Romanian, Ashkenazi roots, he also speaks three additional languages besides English--German, Japanese and Romanian. As one who is a philanthropist at heart, David's desire is to help build orphanages and shelters for all of those in need, and he also has a genuine love for all animals. He longs to be a role model for other young people to emulate through the way he lives his life and the positive message he sends out to others in every performance he gives. As a young man on the precipice of stardom, his commitment to excellence and his spirit of humility and benevolence continue to put him on the path to making a lasting impact on all with whom he is privileged to interact. 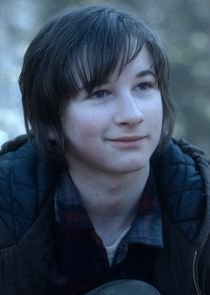